Episode #51: Brave Enough to Look Up and Find the Magic After 50

aging with grit and grace finding your purpose love your life open to the magic s.o.f.t. & strong pathway Jan 03, 2022 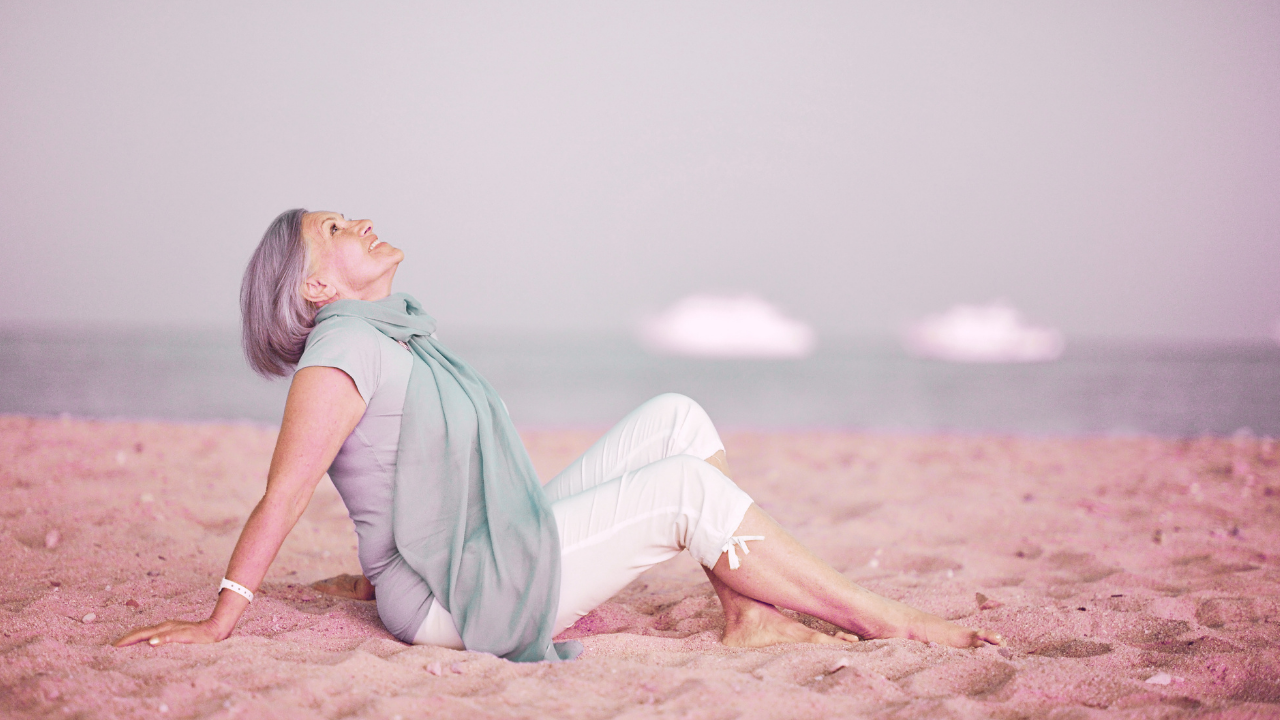 You do realize right that women over 50, have this amazing magic flowing in their veins, right?

Well, just in case you didn't realize it, let me tell you about that.

Imagine what it would be like to have magic just exuding from you, creating this circle of light around you? I'm not talking about magic with a magic wand. I'm talking about the feeling of being someone that has latched onto something special in life.

What would it be like to just kind of "glow" with joy? To glow with peace? To have things inside of you that create this atmosphere around you that make people just want to be there - next to you?

Here's the thing. You have that magic.

A magic that can transform the undesirable to exceptional.

You can create that atmosphere where people will love to be around you.

You have a magic inside of you that can take what's broken and find the beauty inside.

You don't have to be afraid that you're shrinking. Fading away. That somehow more suffering is coming in your life.

The secret is - now listen, because this is the secret that I've discovered to getting older - the secret is to focus on something other than the fear of aging.

This is the focus. I live by this. I actually am also walking with you on this path.

I am becoming S.O.F.T. and Strong.

In case this is the first time you've been here, that acronym S.O.F.T. stands for four qualities to be developing every day of your life. Four character building incentives to focus on.

The "S"  is to be strong on the inside so that you can enjoy just relaxing into being soft on the outside.

The "O", which we're talking a lot about today, is to be Open. Open to the magic that is all around you.

"T" stands for being true to yourself, both of which we're going to talk about in the next couple of episodes.

The danger of putting your heart to sleep

Sleeping Beauty fell asleep because she poked her finger on a spindle of pain. You know, we're not that dissimilar. We poke our fingers on many spindles of pain in our lifetimes, right?

And every time we do, we collect more and more pain in our lives. The temptation is to do what Sleeping Beauty did. Just go to sleep. Put our hearts to sleep.

Then all around us this wall of thorns grows up to prevent other people from getting in so we don't get hurt anymore.

And a Fiery Fear Dragon stands guard outside with all the stories that remind us of why we need to stay sleeping and protect our hearts.

Let me ask you this. Is that what you want your life to look like?

Sadly, this is what I've seen so many women do. As they get older, they let their hearts go to sleep. The cost is enormous.

Thicker and thicker the wall of thorns grows, eventually creating a place where you no longer feel anything except anger or bitterness or regret that your life didn't turn out the way you thought that it should. You shrink, getting smaller and smaller until, at last, the fear of you becoming invisible actually comes true.

I watched a Christmas movie called "The Last Christmas" on Netflix yesterday. My husband was working. I was home by myself. At first, I thought it was sort of a loser movie but I'm so glad that I hung in there with it because it taught me something. I ended up, actually, crying my eyes out at the end.

The heroine was a hard, hopeless woman. She was drinking too much, sleeping with anybody she met in  whichever bar she found herself in. She was bitter. Her family relationships were in tatters. Underneath it all was this huge ocean of fear.

Turned out the heart transplant she had had a few months before had left her feeling as if she no longer knew who she was. She didn't know what her life was about.

Nothing seemed the same as it had before she had had her heart taken from her.

As she told this wonderfully handsome and kind guy (who, of course, turned up out of nowhere) she felt as if a piece of her had slipped away. She felt lost.

"Up" were rare birds that she hadn't seen before.

"Up" were signs that she had never noticed.

"Up" were the stars and the beauty of the heavens that she had never taken the time to embrace.

When she opened herself to looking up, a whole new world was there.

He taught her that life, yes, is messy and hard. And it brings us lots of trauma - things that are hard to get your head around. Things that you can't seem to handle. But the fact that you struggle for awhile is okay because, in handling all of that, there's not requirement that says you don't have to do it perfectly.

You don't have to do it well every day of your life. All you can do is to live through it.

But the important thing is that you find the love in the middle. That you let your heart be filled up with love where ever you can find it.

That may mean seeing things around you that you may not notice when your heart is in the Sleeping Beauty state because you can't bear the pain.

The truth of this ended up showing itself in an unexpected trip to a homeless shelter when her new friend volunteered. She began using what she felt that she had lost, which was in her case her voice. She had always loved to sing and her dream had always been to be an actress. But she had lost her voice when she had lost her heart.

As she started to see the suffering of those around her, a suffering that was greater than what she felt herself because these people had no homes, no families, none at all, something began to stir in her.

She started, little by little, to use her own voice to begin to raise money. First, she sang carols outside the shelter with a little hat for money. Then, she began to pull in people at the shelter to sing along with her which inspired an idea for an entire night of Christmas music to raise awareness and funds for the shelter.

How she wanted the man who had encouraged her to stop focusing on what she had lost to stay with her, to never leave her. Even though she had shifted all on her own from seeing herself as a victim to "looking up" and seeing a whole world out there that needed her, she wanted him beside her.

But he told her that he couldn't do that. There was a reason why.

In the end - aw, it just makes my heart hurt -  it turned out that the heart she had been given in the transplant had come from him. He had been killed, hit by a car at the same time that she had needed a heart.

She was living in the middle of a miracle.

She had met the man who had given her life.

The last time she saw him, they were in a little secret park that he had shown her. She was sitting on a bench. He knelt down in front of her.

"Take care of my heart."

"Yeah, I promise." She quietly replied.

"It was always going to be yours one way or another." Words that made her smile through her tears.

His heart beating inside of her. New life. His gentle kind ways opening her eyes to see life in a new way.

And on the bench where she sat was this little dedication sign. On it was his name and the years he had lived and the words, 'Look up".

Those words he had given to her to help her to 'open'. Open to possibility, to miracles. To look up and see what she was not seeing in her life.

She had not lost a part of herself but, rather, gained a new part she could now share with others.

You may have lost a part of your heart along the way but the heart is the most amazing thing. It grows back stronger than anything else in your entire being.

So let's make a promise to each other. Let's promise that we are going to look up. We're not going to just look at the ground and take one foot, put one foot in front of the other to keep trudging through this life.

We are going to be open. Open to miracles. Open to possibilities. And we are going to give the strength, the love, away to help in whatever way or whoever it is that comes across our paths.

To lift up, to give, to create that magic, not only in our own lives, but also in the lives of others. The most beautiful gift of this is that, when you are giving away love and encouragement and help in some way, you are creating a happiness and fulfillment that nothing else will give you in this entire world - in this life.

The Secret Inner Hero Society - that's what I call us - the movement for ladies who are wanting to live in that life of miracles. To be S.O.F.T., to be open to the magic.

We have a creed, and this is how it goes:

I have been through hell and kept walking and I never give up in the face of challenge.
I am a warrior.

My heart is on par with all others. I have chosen to simply let my light shine.
I am magic.

I no longer to be convinced. I choose to live from a heart of love
where 'not enough' transforms to 'brave enough'. I am a lover.

I am a masterpiece.

I choose to be the master of who I am. Even when it gets messy growth, trumps perfection. Every time I am enough, I am the sovereign of my life.

That's our creed, the creed of the Secret Inner Hero Society. We are living strong.

Live in the magic, my ladies.

Stay connected. We all need to be connected to a group of people going in the same direction as we are.

Let me encourage you, inspire you or simply keep you informed.
Become a part of the Brave Heart Community.

We hate SPAM. We will never sell your information, for any reason. Cancel at any time. 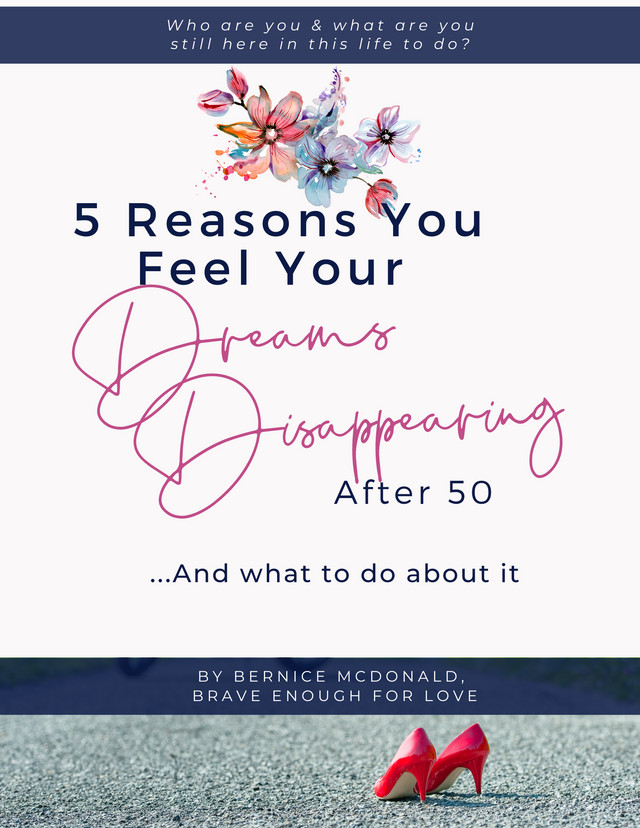 What takes far too many people into early graves?

Lack of purpose. The feeling that they're disappearing.

Your dreams matter. They say something about what you're meant to do as you live out these precious years in the last phase of life.

If you're not ready to get 'old' just yet, click here. 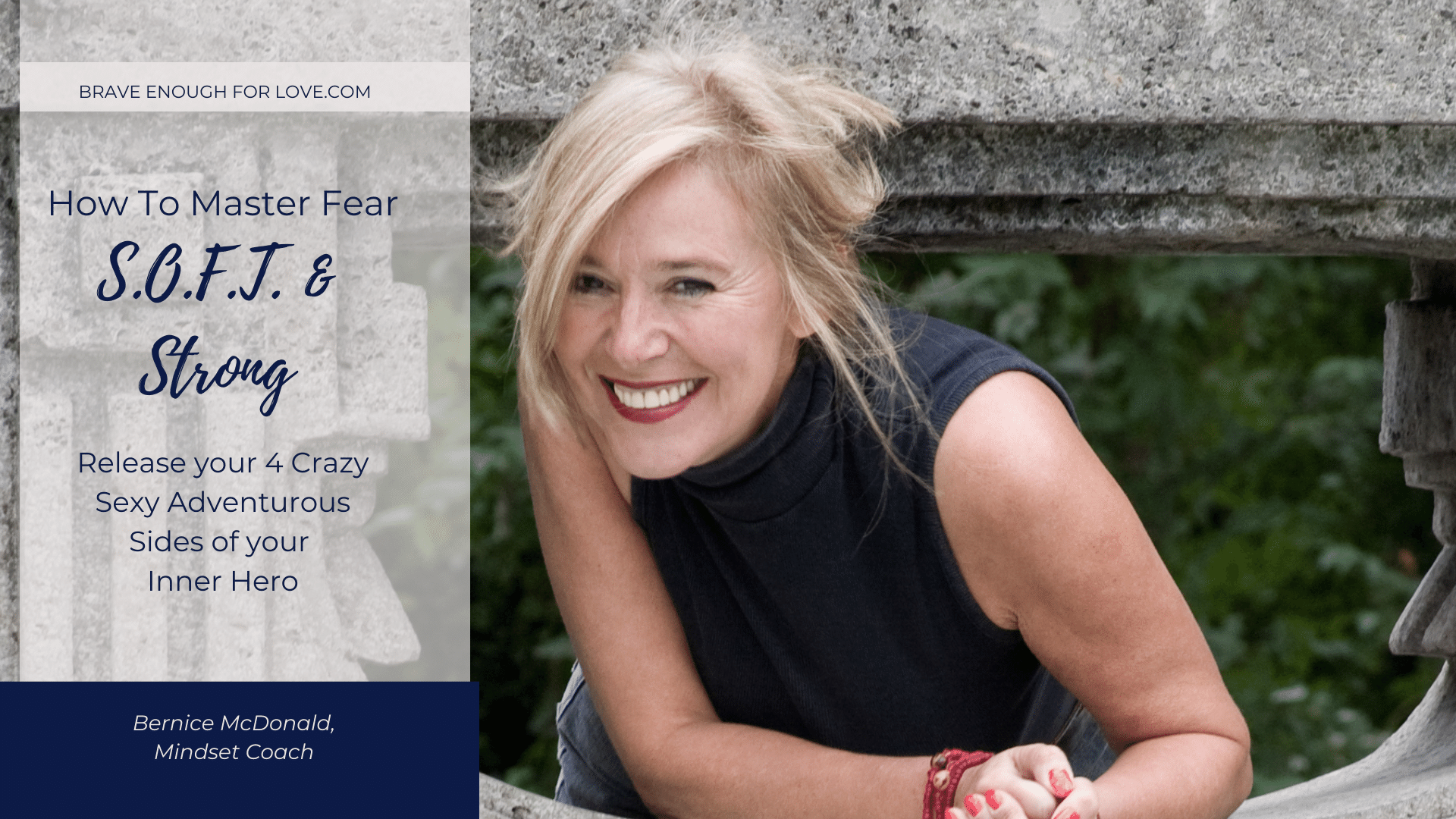 Yay! Send me the book!

S.O.F.T. & Strong
Show me how to by my own Hero and choose love over fear!